The Colorado River in Moab is now open and trips are running!

Our full-day and half-day rafting adventures on the Colorado River are now operating! Moab Adventure Center manager, Cort Wright explains what to expect on your rafting experience including the new precautions and protocols a month or more in preparation at the Adventure Center, and around town to welcome guests to Moab again. We hope to see you soon!

Experience the "Best Guided Moab Rafting Trips" in Moab, Utah. This is a "must-do adventure" while in Moab. On our full-day and half-day river rafting adventures, you'll experience a world-renowned stretch of the Colorado River, winding through scenes made famous by dozens of popular movies. On select trips, you'll savor Moab Adventure Center's exclusive BBQ lunch at a riverside ranch! On our longer overnight rafting trips, you'll experience our all-inclusive service that will likely cause an addiction to rafting. Moab rafting trips are perfect for couples, families, groups of friends or solo travelers. All trips include Moab Adventure Center's signature insulated, flip-top water bottle (a $20 value)!

Sample the beauty and excitement of the full-day trip with this morning half-day adventure on mild whitewater. Raft Fisher Towers to above Rocky Rapid.

Raft the Colorado River from above Rocky Rapid to the BLM takeout on our PM half-day trip. Enjoy an exclusive hot barbeque lunch and mild whitewater.

New high-speed, custom rafts now allow you to journey through the Colorado River’s legendary 100-mile Cataract Canyon in just 2 days–perfect for those with busy schedules yearning for a quick, but refreshing dose of adventure.

Winding through a remarkable wilderness of twisted mountains, dramatic cliffs, and towering plateaus carved by an ancient inland sea, the Green River through Desolation Canyon offers one of America’s favorite rafting trips.

Taste the “best of the Southwest” on this 4-day, 3-night getaway. Relax for 2 nights at the SpringHill Suites by Marriott. Explore Arches National Park and experience one of Moab, Utah’s most renowned adventures – an off-road Hummer Safari. Top it all off with 2 days of Colorado River rafting and deluxe camping on the river.

This perfect one-day Moab vacation package starts the morning with a 2-hour Hummer Safari and continues with a PM rafting trip. Save $5 Per Person!

Experience the most popular Moab adventures in 2 days: a 2-Hour Hummer Safari and the Mid-Day Colorado River Rafting trip, then an Arches Scenic Tour and guided hike. Save 10% by bundling in this package option!

Experience “The West’s Best Short Whitewater Trip." Explore Moab’s breathtaking backcountry on an exhilarating Hummer® Safari. Every night you’ll stay in the luxurious comfort of Red Cliffs Lodge located on the banks of the Colorado River surrounded by two of America’s most astounding National Parks 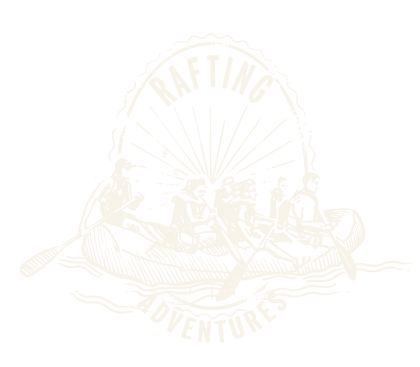 Before rubber rafts, when wooden hulls were shaped for straight lines across lakes, not rivers, a man named Powell dared to explore the last unmapped and unknown rivers and canyons of the west. That placed him squarely in Utah, in 1869. They were successful, proving that "running rivers" could be done in the deepest canyons, and wildest water in North America.

It took another 50 years before Bus Hatch and his family near Vernal, Utah began taking boats - and then boat-loads of friends - down the Green River, just for the heck of it. Norm Nevills in Mexican Hat, Utah gave his horse trough a float down the San Juan River on his honeymoon... and started one of the first commercial operations after designing his own wooden boats. By the 1960's surplus army rubber pontoons changed the industry forever, the rest is even more history. Utah truly is the birthplace of the modern river running industry. 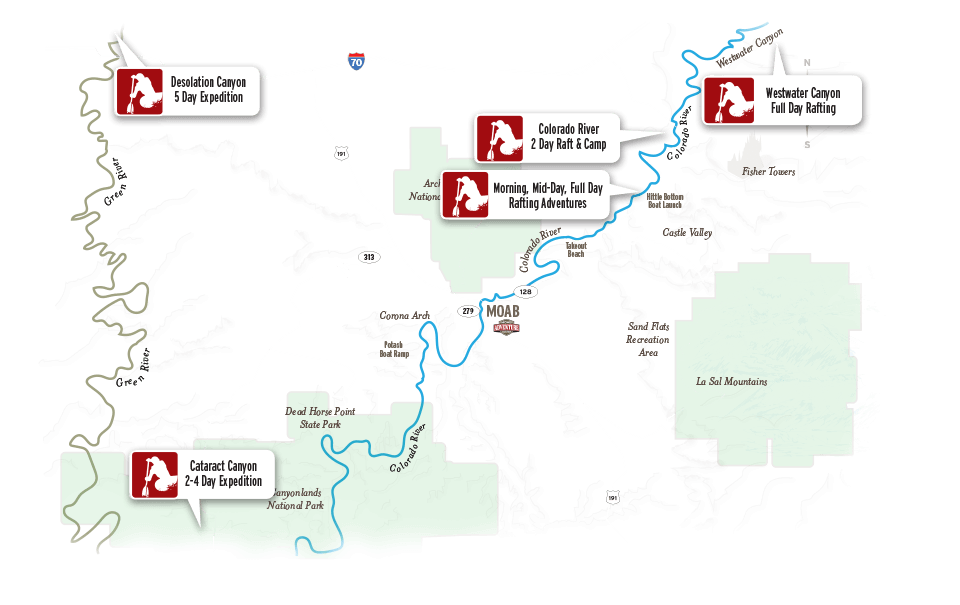 Beyond the Colorado River

Starting at $74
per person

Starting at $735
per person 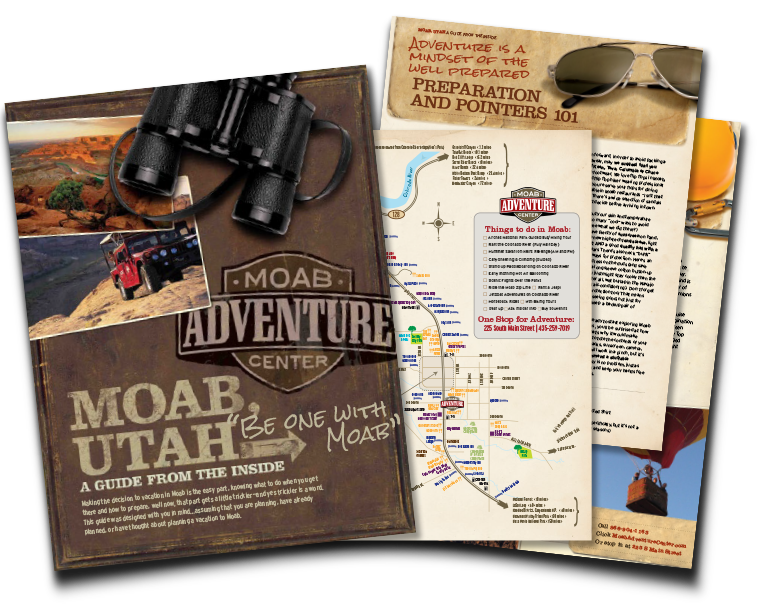