Maybe comparisons to the Wright Brothers and Kitty Hawk North Carolina are too strong? The two Groff brothers and their dad certainly would say it's too strong a comparison. This local Utah newspaper feature sure highlights their aversion to fame, or as saviors of Moab's economy... but who really knows how these serendipitous things work?

While the National Parks were still relatively empty, and the mining boom was all but forgotten by the early 1980s, a new and unexpected renaissance was about to hit the hills of Moab. An entirely new sport called “mountain biking” marked the beginning of a Moab’s modern reputation as the “Adventure Capital of the West”.

By the end of 1983 Rim Cyclery was one of the world's leading sellers of mountain bikes (they sold 15 that year). As far as I know, it was still the only shop in town in 1991 when my high school buddies and I planned a spring break road trip to ride the newly famous Slickrock Bike Trail. Today, nearly 12 million mountain bikes are sold each year - and several shops now compete for eager customers in Moab.

Mountain biking was pioneered through the late '70s in Marin County and Crested Butte, but Moab, Utah was the place where mountain biking sparked public imagination. It was a clever ploy by Hank Barlow to launch the first issue of “Mountain Bike Magazine” in 1985 with photography of people riding the new pedaled contraptions on the rolling slickrock hills with red rock cliffs and blue skies blazing in the background - a cue taken from film director John Ford perhaps? It worked, and the rest is mountain biking history.

Interested in a guided mountain biking tour? If you're just starting out, a guided (more instructional) tour of the Courthouse Wash Loop area west of Arches National Park would be an awesome introduction to mountain biking. The Klondike Bluffs trails offer some of the more intermediate and advanced terrain bikers crave in Moab, and the Dead Horse Point trails offer fun singletrack with a bit of intermediate technical, and astounding canyon-country panoramic views. 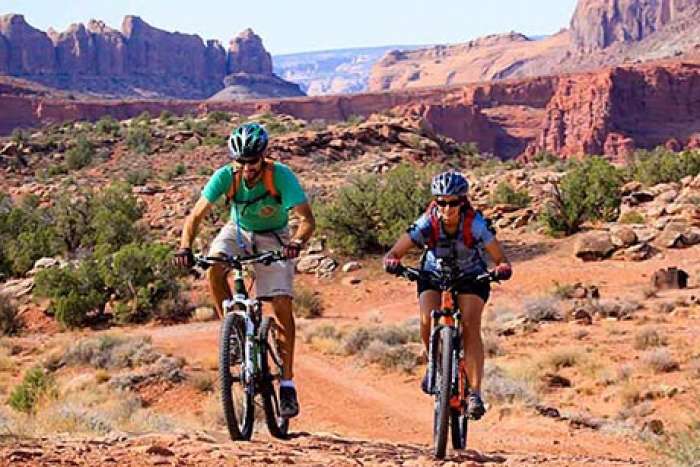 Kam began guiding in the Grand Canyon in 1991, met & guided with his wife in 2000, and is the proud daddy of 5 kids. He now works as the Marketing Director for Western River Expeditions. Read more from this author 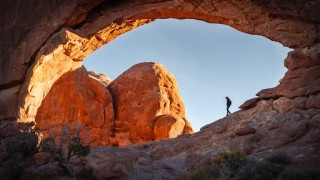 The Best Experiences As Gifts 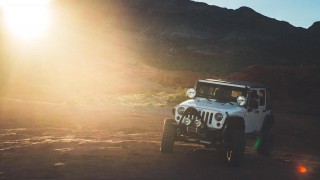 7 Reasons Why Moab, Utah, is the Off-Roader’s Paradise 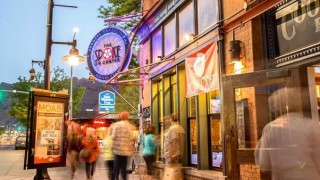 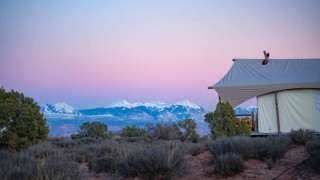 3 Ways to Camp in Moab With Zero Equipment 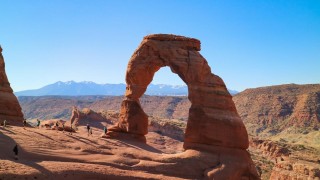 Why Arches National Park Is a Must for Your Travel List 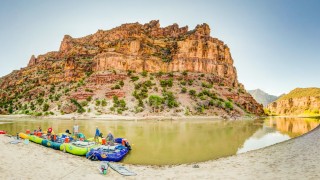 Lifelong Dream Fulfilled on the Colorado River in Moab, Utah